Mission & Vision
Overview
Our Board

The Mission of the Port Huron Housing Commission is to offer or provide housing assistance to the needy in ways that support families, neighborhoods and economic self-sufficiency and strive for financial soundness.

Further, it is also the mission of the Port Huron Housing Commission to improve and maintain the overall quality of its assets thereby improving the quality of life for its residents.

It is the vision of the Port Huron Housing Commission to be an asset to the community, to be considered not last resort housing but an opportunity for those in need to regain self-sufficiency, and to be a viable partner with residents, local landlords, community organizations, and local governments.

By HUD regulation and City of Port Huron ordinance, the Port Huron Housing Commission is charged with providing decent, safe, and sanitary dwellings without overcrowding for those families and seniors who lack the amount of income necessary to provide these accommodations on their own. In line with this charge, the Housing Commission operates low-income housing assistance rental programs for families and seniors through the Department of Housing and Urban Development (HUD). It operates on funding received solely from rental income and federal housing subsidies. All rental or assistance amounts are based on household gross income less applicable deductions.

Under the Public Housing Program, the Housing Commission owns and operates five affordable housing villages, three of which are designated for family living and two designated for senior living. These villages have been named for their historical significance on recommendation of the St. Clair County Historical Society. The first four locations were named after the four villages that merged to form the City of Port Huron (Huron Village, Gratiot Village, Desmond Village, and Peru Village). The fifth location was named after the builder of Fort St. Joseph (Dulhut).

The Housing Commission is pet friendly with a liberal policy which is enforced to ensure the health and safety of all residents and their families. Bedroom sizes available range from studio apartments up to five-bedroom apartments!

The Housing Commission also operates a Section 8 Housing Choice Voucher Program which assists residents renting on the private market with their rent. 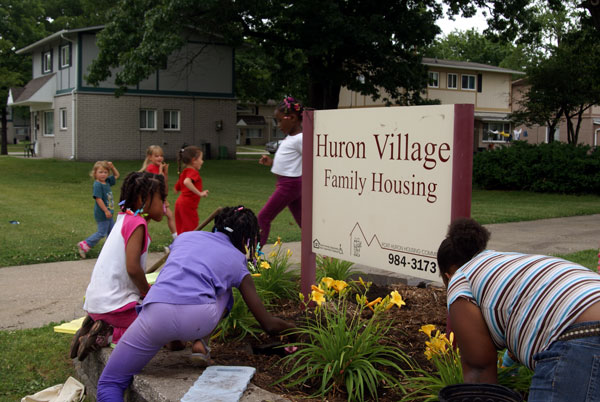 Our Board of Commissioners are appointed by the City Manager and serve a 5 year term.